It has become a truism that capital circulates, that data, populations and materials flow, that money offers liquidity. Investigating the production of these movements and states from a logistical perspective, the proposed workshop focusses on issues of endless, frictionless circulations and continuous flow to investigate their specific logic. Our assumption is that nothing circulates or flows without also being regulated. This places us within the discussions of environmentality, of regulation, modulation and control through the environment and qua processes of becoming-environmental. Focussing on concrete spaces of circulation, flow and liquidity, as well as their cultural (re)presentation, we want to discuss whether there is a cultural logic of environmentalization that revisits and perhaps radically revises the notion of the cultural logic of late capitalism famously described by Fredric Jameson.

Given the increasing permeation of everyday lives by computational technologies, scholars have observed the emergence of a new power constellation. While Katherine Hayles sees a general “movement of computation out of the box and into the environment” (2009, 48), Florian Sprenger’s account of an environmental mode of regulation concentrates on “the interaction between environment and surrounded and their mutual dependence” (2019, 62). Erich Hörl observes that power works “through the control of environmental variables” (2018, 155). Can we, by addressing the issue of flows, circulation and/or liquidity uncover a logic – and perhaps even a cultural logic – of this environmentalization?

In order to address this cultural logic of environmentalization we want to look at a wide range of spaces of circulation, flow and liquidity and their cultural representations: In the field of contemporary art, liquidity has recently been addressed on different levels: Most prominently, Hito Steyerl’s video “Liquidity Inc.” (2014) features liquidity as a metaphor for areas as diverse as finance and martial arts. Furthermore, liquidity, flows, and circulation can be found as motives and formal traits in artists’ videos dealing with financialization (e.g. Melanie Gilligan) or the economies, ecologies and logistics of the maritime world (e.g. Allan Sekula). They further play an important role related to the recent “ecological turn”. Pierre Huyghe, Philippe Pareno, Antje Majewski and many others stage complete eco-systems in which the human and the nonhuman, biotic and abiotic elements, digital technologies and cultural discourses become entangled. The gallery-space in these works does not work as a space of representation, rather the diverse elements become actants in the “semantic-material flows” (Witzgall 2020, 83) of the exhibition. Taking up these and other examples from contemporary art, film, and literature, the workshop asks whether the environmental era of capitalism is connected to a certain logic of flow, circulation, and liquidity.

When considering concrete operations of moving information, money, material, or people, it becomes clear that flow and circulation, established by liquidity, are also phantasms. “Instead of seamless flow,” Hönke and Cuesta-Fernandez observe, “container traffic is slow, the port congested, and technical fixes are introduced after great delays, if at all.” (2018, 247; cf. Neilson/Rossiter 2010) Moreover, ideas of uninterrupted movement tend to neglect “social relations like classes, exploitation, imperialism, state politics” (Roberts and Joseph 2015, 10). Therefore, we are interested in contributions which discuss the intricate logics of regulated flow and circulation established by liquidity in regard to concrete objects and cases or their cultural (re)presentation.

For Jameson, who at points went as far as claiming that the economic expression ‘late capitalism’ was “something like the literal translation of … postmodernism,” the difference between the economic logic and the cultural logic was not simply precarious, his point was precisely that they “collaps[ed] back into one another and say the same thing” (Jameson 1991, xxi). A new period – or stage – in the development of capitalism not only sees a change in the economic and in the cultural logic, it is their relation itself that has changed. If we are indeed entering a new stage of capitalism, can we observe this transformation in the cultural logic? Can we speak of a logic – both real and imaginary – of liquidity, of flows, of circulation?

Topics may include but are not limited to

Travel expenses and overnight stays will be reimbursed (regular train tickets / standard flight tickets according to the general federal regulations of travel funding).

Please send us your 500-word proposal for a 30-minute (Changed to 20-minute to accomodate the new online format) paper as well as a short biographical note to denecke@leuphana.de by August 15, 2020. If you have any further questions, please do not hesitate to contact us.

Hönke, J., Cuesta-Fernandez, I. 2018. Mobilising security and logistics through an African port: A controversies approach to infrastructure. Mobilities 13 (2), 246–260. 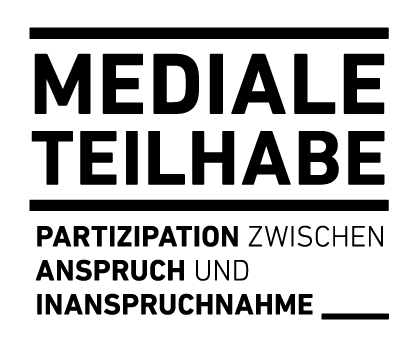